Reserve your seat now for the Sutton Center’s Birds and Books at the Barn lecture and farm-to- table dinner series! This three-part series will include a featured speaker on the topic of birds and bird conservation. All three speakers have also authored books about birds, two of which have just been released. Each Tuesday evening event will also include a farm-to-table dinner at The Reserve restaurant at Grogg’s Green Barn in Tulsa.

Enjoy a fresh and inspiring local dinner with each event! 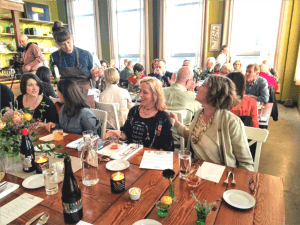 ou to experience local harvest in a vibrant atmosphere. The gardens, lady hens, and buzzing bee hives are their main source of keeping it fresh and distinct each time you have a seat at their table. Local farmers provide the freshest and most unique cuts of meat to compliment the bounty from the on-site garden. Executive Chef Matt Owen has a fascinating sense of world cuisine but keeping food ‘native’ to Tulsa, and seasonal will be the spotlight! 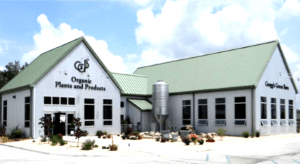 David Hancock is a wildlife biologist, pilot, lecturer, film maker and bald eagle advocate. He has spent more than 60 years working on wildlife projects around the world, but specifically studying and conserving bald eagles along the west coast of North American. While David started out as a falconer at age 11, he initiated aerial counts of bald eagle nest at 15 and eventually went on to graduate school to become an ecologist, specializing in bald eagles. David is also known for pioneering live streaming wildlife cams — of which several cams in eagle nests can be observed at: www.hancockwildlife.org

David has also written books on the Bald Eagle, native art and his wildlife adventures and published numerous scientific and popular articles on sea birds, sea mammals and bald eagles.

While Hancock House Publishers is noted as a major ‘conservation biology’ imprint, the reasons for this go to the heart of David personal interest. In the mid 1960’s he was the first person so set up an entire breeding program on rearing captive peregrine falcons. In 1966 he also captive bred bald eagles and he was an initial instigator in promoting the Whooping Crane Association. David was hired by the Texas Fish & Game & USF&WS as the initial consultant on how to collect wild Attwater’s Prairie-Chicken eggs and rear them. At that time Hancock was rearing as many grouse of 10 of the world’s species as the rest of the world combined! David’s breeding collection encompassed all the NA species (excluding the Attwater’s) and several of the Eurasian species.
Today, David concentrates on trying to save rivers, their salmon and the eagles and orcas they support. 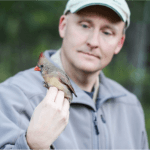 Dan Reinking grew up in Iowa and has been a birder since age 12 when his uncle took him birding for the first time. He was intrigued enough by birds to pursue a career studying them. After obtaining a wildlife and fisheries sciences degree from South Dakota State University, he worked for a major bird conservation organization in California on a variety of bird banding and bird monitoring projects.

Since 1992, he has worked at the Sutton Avian Research Center in Bartlesville where he studies the ecology and distributions of birds. As a Senior Biologist, he has conducted extensive research on the breeding ecology of grassland birds, coordinated Oklahoma’s first Breeding Bird Atlas Project, coordinated a groundbreaking Oklahoma Winter Bird Atlas Project, and prepared the resulting two books published by the University of Oklahoma Press in 2004 and 2017.

He is a former board member of the South Dakota Ornithologists’ Union and a past president of the Oklahoma Ornithological Society. He has served on a variety of state, regional and national bird conservation committees, and is currently a Management Board member of the Oaks and Prairies Joint Venture, which works to study and conserve birds in parts of Oklahoma and Texas. He has worked on or supervised bird studies in Minnesota, South Dakota, California, Oklahoma, Texas and Arkansas and has published his research work in a number of national and regional ornithology journals. Although many of his projects involve songbirds, he has also worked with waterfowl, shorebirds, rails, owls and eagles. 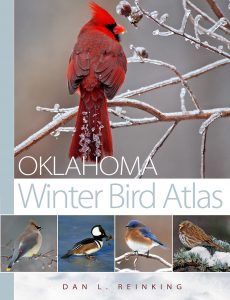 Beautifully illustrated with color photographs, maps, graphs, and tables, the Oklahoma Winter Bird Atlas offers ornithologists and amateur birders alike a wealth of easy-to-read information about the status of bird species in Oklahoma. A companion to the Oklahoma Breeding Bird Atlas, this landmark volume by biologist Dan L. Reinking provides a detailed portrait of more than 250 species, from the oft-spotted Red-tailed Hawk, Dark-eyed Junco, and Northern Flicker to the rarely seen Blue-headed Vireo, Cassin’s Finch, and Verdin.

The atlas—one of the first of its kind for winter birds—uses a combination of species accounts, grouped by scientific order, and illustrations to provide a systematic inventory of winter bird distribution across Oklahoma’s counties. Each species account includes a photograph of the featured bird in winter plumage, along with a brief description outlining the times of year it appears in the state, its habitat, its distribution across the state’s counties, and its behavior. Maps indicate surveyed locations in which the species was spotted, while charts and tables further describe the bird’s abundance.

The data compiled in this volume represent the work of more than 75 volunteers who conducted bird counts in both early and late winter for the George M. Sutton Avian Research Center. The data span five winters, 2003 to 2008, and 577 blocks of land. Comprehensively researched and thoughtfully presented, the Oklahoma Winter Bird Atlas will prove an invaluable resource for evaluating trends in bird populations that change over time due to such factors as urban expansion, rural development, and climate change. 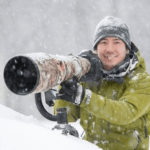 Noppadol Paothong has dedicated 20 years to document wildlife in North America. He is a nature/conservationist photographer and a staff photographer with the Missouri Department of Conservation. He serves on the board of directors of the Sutton Avian Research Center. His focus has been on rare and endangered species, and for over a decade he has documented the North American grassland grouse and their fragile habitat.

In 2012, he published an award-winning book, “Save the Last Dance: a Story of the North American Grassland Grouse.”  This 204-page hardbound book captures the dazzling beauty of seven grouse species whose populations are diminishing across the prairies and plains of America.  In 2013, the Independent Publisher organization awarded the book a gold medal. His new book “Sage Grouse, Icon of the West” eloquently tells the story of sage-grouse, the habitat they live in, and the threats faced by both. 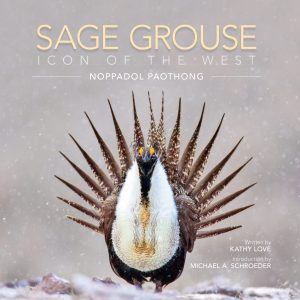 “Sage Grouse, Icon of the West”

The sage-grouse is a beautiful species of bird that makes its home in the sagebrush sea of the North American West. It is the largest grouse in North America.

Every spring male sage-grouse gather on a lek and perform an elaborate display to attract female sage-grouse. They will strut, flap their wings against the white pouches and utter a distinctive series of gentle bubbling sounds.

The grouse’s unique, dramatic, and impressive courtship dance is one of the most flamboyant mating displays in nature. This bizarre, yet spectacular display, easily captures the heart of people who are fortunate enough to witness it.

For thousands of years, many Native Americans have had an intricate relationship with the sage grouse, and they still honor the birds today in their ceremonial dance. Explorers and settlers in the 19th century frequently encountered them while exploring the West.

In many ways, the sage-grouse represents the unique and diverse habitat of the North American West.

To many, the high desert of the west, often referred to as the “Sagebrush Sea”, may seem empty and desolate. In reality, it is home to diverse and abundant wildlife that rely on this unique ecosystem. The sage-grouse is one of the many species that make its home there and nowhere else.

The sage-grouse once flourished in many states and several Canadian provinces; just a century ago, there was an estimated 16 million birds. Unfortunately, the population of sage-grouse has diminished drastically over the last few decades. Today, fewer than 400,000 sage-grouse remain, with an uncertain future.

The healthy sagebrush habitat that the sage grouse relies on is becoming scarce. Millions of acres of sagebrush have been converted to agricultural and industrial uses, and the loss of this habitat and other threats have resulted in the rapid disappearance of sage grouse.

After much debate and discussion, it was decided in 2015 not to list the sage-grouse as an endangered species but instead to embark on one of the largest conservation efforts in U.S. history. For these efforts to be successful, they must be made in ways that will benefit all – humans and wildlife that live in and near the sage-grouse habitat.

This site uses Akismet to reduce spam. Learn how your comment data is processed.