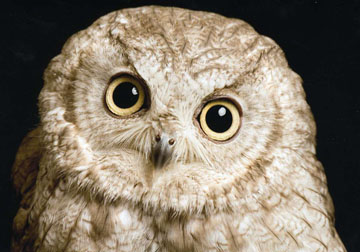 Lifespan: Western Screech-Owls have an average life span of 2 years in the wild.

Reproduction: Breeding begins at 1 year of age. Nesting occurs in old woodpecker holes, cavities in Giant Saguaro Cacti and trees, and in holes in cliffs. Three to five eggs are incubated by the female for 26 days. The male provides most of the food for the female and young while the female incubates and broods. Fledging occurs around one month of age, but the young are still cared for by the parents for 5-6 weeks.